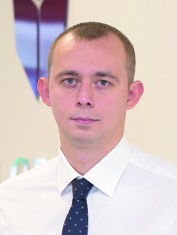 How has quarantine affected bankruptcy practices?

COVID-19 prevention measures have undoubtedly affected all spheres of life and business, including the practice of bankruptcy.

That is, the dynamics of initiation of cases in the course of the quarantine on the territory of Ukraine decreased compared to previous indicators.

Thus, commercial courts do not limit themselves to the established Bankruptcy Procedure Code by the time of consideration of application for commencement of proceedings on a bankruptcy case and postpone the trial for an undefined period.

Moreover, in recommendations made by the Council of Judges of Ukraine regarding the establishment of a special work regime for courts in Ukraine, citizens were informed of the possibility of delays in the consideration of cases due to quarantine measures. Postponement of consideration is announced by the presiding judge in the presence of the corresponding application side.

Another issue is attendance of sittings during the quarantine period. Not all parties have, objectively, the opportunity to travel to other regions visit for a trial, as train, plane and bus between cities has not been re-launched yet.

However, this issue was solved by giving the possibility of case consideration via  videoconference outside of courts via an online video service called Easycon. This method of hearing was provided by the procedure codes which came into force on 14 December 2017, but it has never been used in practice. The ongoing lockdown has given particular impetus for its use in order for litigants to be able to take part.

I hope that the lifting of the quarantine that is not canceled because of bankruptcy procedures is an excellent opportunity to minimize transport costs to be borne by liquidators in bankruptcy and to save valuable time.

By way of summary, it should be noted that quarantine measures have influenced the practice of bankruptcy, and brought creative solutions to the various pressing issues that are faced by creditors or by bankruptcy trustees which in future will be used in the normal mode of operation.