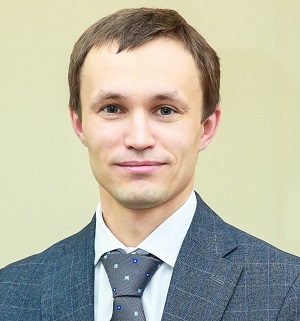 COVID-19 and its impact on the transport business

At its meeting on 22 April, the Cabinet of Ministers followed the recommendations of the Ministry of Healthcare of Ukraine and extended quarantine restrictions in the country for the second time, this time till 11 May. As for the transport sector, there is still some uncertainty. According to Infrastructure Minister Vladyslav Krikliy, the railway service will not start working until the May holidays, and suburban commuter trains will be the first to operate, although with restrictions, which the Ministry is discussing with other agencies. Air transportation is even more complicated, because international flights directly depend on the actions of other countries, and there is little demand on the part of Ukrainians for domestic flights. In a recent interviews, the head of Ukraine International Airlines said that under an optimistic scenario UIA’s losses will be USD 60 million, and the airline “aims to survive until the summer of 2021”, while the 2020 summer season has already been lost economically.

Along with rail and air traffic, cruise tourism, which has just started to develop in Ukraine, has been hit hard by quarantine restrictions around the world. A reminder that due to geopolitical reasons (annexation of Crimea by Russia in Spring 2014, military actions in Syria, attempted military coup in Turkey in 2016), world cruise operators have stopped or significantly limited the number of calls to  Black Sea ports, and Odesa was no exception. In 2018, no cruise liner entered Odesa, and in 2019 – there were only two port calls. For 2020, the Sea Ports Authority received 11 applications for international visits from cruise operators. However, the COVID-19 pandemic has forced cruise operators to reconsider their plans: they are cancelling cruises or postponing them on a massive scale till autumn or even to 2021, and so Odesa risks being left without international cruises, and this is not only a loss of port charges, which the Sea Ports Authority receives for each call, but also losses for small businesses involved in servicing foreign tourists (excursions, cafes and restaurants, souvenirs sales). Despite this, we need to continue developing domestic cruises on the Dnipro and the Danube (for example, the Vilkovo – Kyiv route with a stop in the port of Odesa), which were in steady demand not only from tour operators, but tourists as well.

Problems of Ukrainian seafarers and additional costs for shipowners

Ukrainian sailors and their employers (ship owners, shipmasters, crews) were among the first who felt the quarantine restrictions most acutely. Medical centers, which conducted pre-flight medical examination and issued certificates confirming seafarers’ fitness for work on ships, were the first to suspend their work. Starting from the middle of March, when Ukraine and other countries began closing their air traffic and borders, it became difficult to replace crews of ships: some sailors could not leave Ukraine, others could not fly home, and some ships had two captains or senior assistants each. It should be noted that such quarantine restrictions have been introduced for the first time in the history of independent Ukraine and the market for crewing and related services was not ready to work under these new realities. Shipowners incur additional costs related to wages, food and accommodation of seafarers who cannot go back home due to the closure of borders and suspension of flights. Some sailors are being treated in foreign hospitals and don’t know when they might be able to return home. And on some ships, such as the Siem Marlin (which services Nigeria’s oil platforms in the Gulf of Guinea), COVID-19 was found in five sailors at once, which led to them being hospitalized at a local hospital. The International Transport Workers Federation has even proposed special regulations that would permit seafarers to travel around the globe despite the restrictions that were imposed. Germany was one of the pioneers to permit crew changes at their ports. However, in general, the situation remains unchanged, with seafarers remaining virtually stranded on ships without the possibility of getting back home.

In order to prevent the spread of coronavirus infection, the Cabinet of Ministers temporarily closed  checkpoints at the state border of Ukraine and temporarily prohibited foreigners from crossing the border into Ukraine. The border crossing points at the Skadovsk and Ust-Dunaysk sea ports have been temporarily closed. The State Border Guard Service of Ukraine has introduced additional restrictions on crews of sea vessels entering Ukrainian ports. The administrations of Ukrainian sea ports have been instructed to ensure that crew members other than Ukrainian seafarers who return home are not allowed to cross the state border. In practice, this means prohibiting foreign seafarers from going ashore. All formalities (entry/exit formalities) now take place near the ship’s ramp, and sea agents are required to provide their employees who participate in the work of the commissions with personal protective equipment. Similar measures have been introduced in foreign ports of countries where the coronavirus infection has been detected.

According to our information, since the introduction of quarantine in the Chamber of Commerce and Industry of Ukraine, there has been an increase in requests from businesses to issue certificates of force majeure, and in less than a month more than 200 certificates were issued (excluding regional chambers).

Speaking about the transport sector, it should be noted that here the largest number of applications was received by airlines, which were simply “drowned” by passengers with applications for refunds for tickets. It is clear that an airline cannot obtain a certificate of force majeure for each such case, and a simultaneous refund to all passengers will inevitably lead to bankruptcy of the airline. Therefore, airlines offer compromise options ranging from refunds in the form of promotional codes, which can be used to pay for any future flight of the airline, to rebooking the flight to other dates (without penalties) in the second half of 2020. It is curious that Lufthansa and Austrian Airlines have offered passengers a one-time surcharge of 50 euros for each rebooked ticket, thus trying to reduce the percentage of refund requests, and Ryanair has announced the sale of tickets with prices starting from 0.99 euros. Overall, International Air Transport Association IATA estimates that airline revenues will drop by 55% compared to 2019, which in monetary terms will amount to USD 314 billion. In this regard, IATA recommended that governments consider measures to support airlines, including direct financial support, low interest stabilization loans and loans guarantees and tax relief.